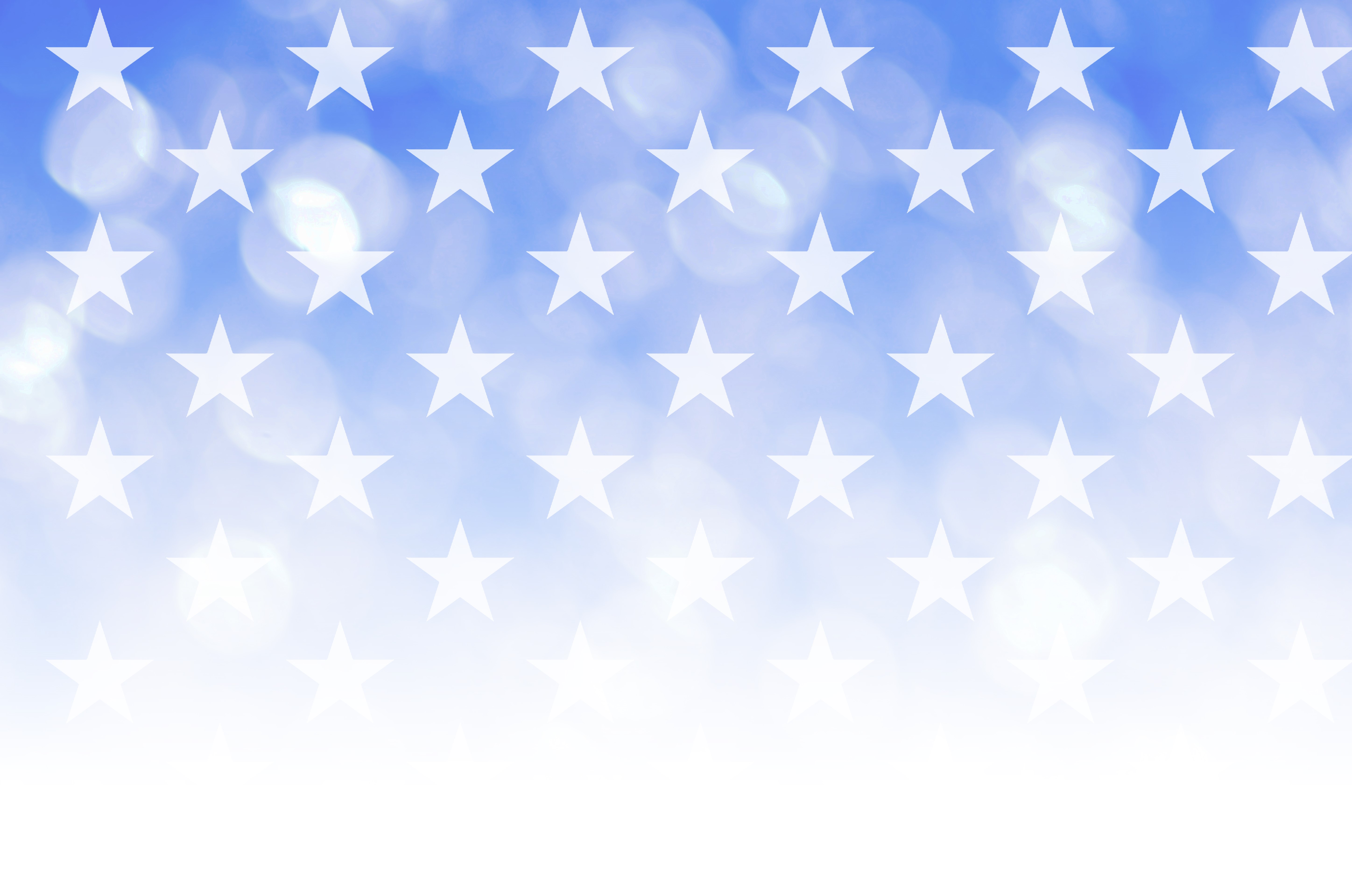 Charlotesville and the Anatomy of Terror

There are times when I feel as if we’re lurching from one hate-spawned atrocity to another.  The heart-rending violence in Charlottesville took the life of Heather Heyer, left 19 others with physical injuries, and inflicted soul wounds on countless others. We are long past the point where hand wringing and well-intentioned platitudes about loving each other will heal what ails us. Now is the time for a great reckoning – a more authentic grief that penetrates our collective denial about how we came to be who we are in this nation. Let’s be clear: race has always been a tool for rank ordering human worth in this country. It is now and has always been a system for structuring power in human relationships. The consequences of disordered and destructive power are all but inevitable: hopelessness, rancor, and violence.

What happened in Charlottesville was shocking: it was capital T terrorism. We take notice: it sends shock waves, not only through our personal psyches, but throughout the body politic. It is the kind of terrorism that we associate radical jihadists, suicide bombers, and people who ram cars into unsuspecting crowds. Let me be clear: I am in no way discounting the horror, shock, and pain that reverberates throughout our nation when these kinds of atrocities happen. However, a close look at the relational dynamics at play reveal similarities with what I call “small t” terrorism – such as the routine acts of racism, transphobia, misogyny that quash opportunity and imperil human life and dignity. We must recognize and resist these relational forces because they mass produce the divisiveness that all too often passes for normal.

Any of us at any point might engage in behaviors that are offensive or excluding or simply unkind to another person. I am not saying we are all terrorists. Not only would that be gratuitously provocative, it would be wrong-headed (stupid). I am saying that when we look closely at the basic anatomy of terrorism, whatever its shape, size, or guise, we will see strikingly similar relational forces at play- forces that are bolstered by a justifying ideology. Sometimes that ideology is a narrative about innate superiority (i.e. white supremacy). At other times, it is a narrative about wrongful victimization. Most often it’s a mash-up of the two. Whatever shape these destructive acts take, here are five relational forces that we must recognize and resist.

The first is rigid stratification. People are not just different from each other; they are ordered into better than, less than; superior, inferior; more deserving, less deserving. That the ideology of white supremacy was a driving motivation of the Charlottesville Unite the Right rally is undeniable. The organizers and supporters didn’t outright deny that motivation. Instead, they offered a more palatable narrative: justifiable grievance about being denied the dominance to which they are entitled by virtue of their innate superiority. Words like “innate superiority” aren’t likely to show up in the narrative. Instead, the most politically devious (or culturally oblivious) narrators bemoan the unfairness of having to cede their rightful places (e.g. in schools, businesses) to “women (of all races?) and minorities”.

Second, the “superior” group presumes the right to determine access to resources, be they material or relational. How do you know when this dynamic is at play? It looks like this: The superior group attempts to determine who, to what extent, and how many of the “inferior” group can belong. For example, who belongs in this neighborhood or classroom? How many can be on this corporate board or cheering squad?  The “minority” (i.e. inferior person) who lands on that corporate board or cheering squad then holds a discomfiting position: she is either an exception that proves the rule or an inconvenience that must be accommodated in service of “political correctness”.

Third, fear operates as a driving motive for maintaining unequal power arrangements.  There is never an expectation of equality; in fact, it’s quite typical for the “superior” group to perceive equality as a threat to their status in the social order. The zero-sum thinking underlying this perception of threat is nicely captured in a popular internet meme: “Equal rights for others does not mean fewer rights for you. It’s not pie.”

Fourth, communication, whether in the form of words or symbols, functions to obscure and distort reality.  Some people (not naming names) have gone so far as to equate the Charlottesville “counter-protesters” with the Unite the Right demonstrators who were brandishing swastikas and KKK paraphernalia. Drawing false equivalences is a “go -to” tactic whenever and wherever destructive power arrangements are in play. The counter-protesters in Charlottesville were no more a hate group than the marchers on the Edmund Pettis Bridge. One of the more concrete illustrations of this communication ploy can be found written in stone as the inscription on the Confederate memorial in downtown Augusta, GA (my birthplace). Commissioned by the Ladies Memorial Society, the words read:

Who gave themselves in life

For the honor of Georgia

For the rights of the states

For the liberties of the South

For the principles of the Union, as these were handed down to them,

By the fathers of our common Country.

No nation rose so white and fair, None fell so pure of crime.

Finally, all aspects of the power arrangement work in synchrony to keep the rank-ordering in place. Here’s the reality: our cultural institutions and social systems are aligned in ways that communicate and enforce inequality. Further, this alignment of social systems functions to keep “inferior” people in their prescribed place, thus validating ideologies of better than/less than, more worthy/less worthy.  Let me share a brief example. In many areas, public education is funded largely through local property taxes. Several years ago, I visited my son’s seventh grade science class in our suburban neighborhood (i.e. high property values). When I walked into the room, the first thing I noticed was a wide screen color monitor attached to an electron microscope. The teacher remarked (in an off-hand manner), “I just pricked my finger so that you guys could see fresh red blood cells”. The comment was off-hand because there was nothing extraordinary about this resource. However, it was not lost on me that families 16 miles east of our town sent their children to schools where there was little homework because there were not enough books for the children in over-crowded classrooms. What we are called to notice is how disparities such as these contribute high dropout rates and “under-performing” schools. Yes, individual responsibility has its place, but the inescapable reality is that social systems must be in alignment to mass produce social misery. Over time, the disparities don’t have to be intentional; the underlying power arrangements just have to go unnoticed. That way, they become just “how things are” and how things “have to be” to sustain life as we know it.

The terrorism in Charlottesville has precipitated a sense of urgency along with persistent appeals for strong moral leadership. Sadly, the current occupant of the White House seems stunningly incapable of a positive response to those appeals. There have been, however, notable acts of resistance to un-presidential divisiveness by military leaders and industry executives. We too – ordinary citizens- can also translate this felt urgency into action.  And if we heed the counsel of Sister Helen Prejean, a tireless advocate for social justice, we can and must take concrete actions, however small. Reflecting on her advice made we think of five small steps we can take to counter the forces that allow “small t” terrorism to pass unnoticed in everyday life.

We need to heal, and we can. We need strong leadership, but nothing is coming from the reigning family in Washington, DC except a steady stream of morally obtuse tweets. We can empower ourselves to resist those everyday acts of “small t” terrorism by interrupting the relational forces that potentiate them. The big monsters – the would-be 23-year-old bomber in Oklahoma, Dylann Roof, and the Charlottesville killer didn’t create themselves. They are fed and sustained by the relational forces of small t terrorism. We cannot wait to resist. To use the words of activist- musician Bernice Johnson Reagon of Sweet Honey in the Rock, “We are the leaders we have been waiting for.”