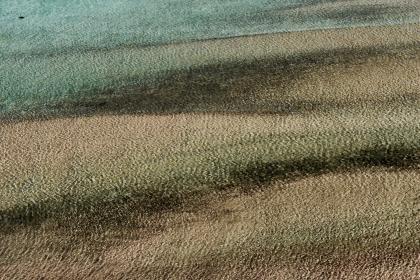 The Truth About Empathy: It’s More Than A Feeling

Anyone who drives in urban traffic can probably understand why the morning commute to my Cambridge office is not my favorite way to start the day. Rituals help: I’ve found that a little retro R&B music and a quick stop in Starbucks can temper my irritation with those “other” drivers – all of whom I imagine to be less considerate and less courteous than myself. The one disruption to my own ill temper is my near daily encounter with a gentleman who “works” a snarly intersection where four major roadways converge. I’m not sure when I first noticed him, or when I noticed that our exchange had become somewhat ritualistic. He walks with a limp. I imagine him to be somewhere between his mid-fifties or mid-sixties, and I tell myself that he looks a little like a time-worn Samuel L. Jackson. Wearing an obviously hand crafted sign that reads “Help the Homeless Mission”, he functions as an ad hoc traffic director, waving cars through the lights, helping drivers make space for left-turning 18 wheelers, all the while smiling and offering morning greetings indiscriminately – to those who give him money for his can and to those who don’t. At some point, I started keeping extra dollars in my car tray to quickly pass to him in the event traffic was actually moving. I even noticed that I was mildly disappointed whenever he was not there to receive them. What made me notice was my disappointment was that he is not the only homeless person (or person whom I presume to be homeless) in that intersection. On a typical morning, there are three or four men and an occasional woman, all wearing the same vague signage, some sitting on the guard rails, other performing the same traffic director function. The simple, but troubling reality was this: he was the only one I liked.

In 2004, then-Senator Obama commented that our country suffered from a growing empathy deficit.  Since the time of that observation, the ravages of poverty and economic injustice are even more evident. I knew very well that randomly passing a few dollars to the homeless person of my choosing was not the solution to structural poverty. (I even know the somewhat convoluted argument that such interactions contribute to poverty.) Furthermore, I had absolutely no illusions about where the money actually went. The point was not whether there existed a chartered non-profit called “Help the Homeless Mission”. The point was the exchange – the brief interlude of pleasantries that passed between us as I handed him the dollars and he responded with increasingly familiar expressions of appreciation. The truth is I felt good when I gave him money. The other more problematic truth is that those exchanges, however pleasant and affirming for me, had nothing to do with shrinking the empathy deficit.

What does it mean to shrink the empathy deficit – to bridge the structural divides that frame inequality as a normal and necessary part of the American way of life? First and foremost, it means that we may need to re-think and expand some of our preferred definitions of empathy. To restrict empathy to a strictly personal experience – or more likely to warm, simpatico emotions – is to ignore the more challenging requirements of our shared humanity. In fact, to the extent that we confine the concept to the capacity to join with and perhaps feel compassion for another, we may find that what we call empathy is little more than an ego pursuit. (I seem to recall participating more than a few group supervision sessions in which we trainees seemed to be qualifying for the Empathy Olympics.)  Clearly, compassion is a good thing. It is that energy of expansion and inclusion that moves us toward justice and hope in our culture. What we recognize, however, is that the path toward compassion is not always through ego-syntonic emotions. We don’t have to feel good first. In fact, to participate in the creation of a just culture is to let go of the requirement for personal affirmation. To participate in the creation of a just culture is to embrace the public dimensions of empathy – those practices of awareness and respect that enable the evolution of a common good.

To embrace the public dimensions of empathy almost always requires us to confront our personal narratives; that is, our preferred images of ourselves. To paraphrase cognitive scientist George Lakoff, the practice of empathy involves more than personal or social emotion. It moves us beyond individualized perspectives and extends to groups, communities, peoples, even species. The challenges inherent in that perspective are underscored by studies showing that the human capacity for empathy decreases with the number of victims. In order words, the data suggest that people are more responsive to the plight of an individual (person or animal) than to evidence of mass suffering. Commenting on these observations, New Times writer Nick Kristof offered the tongue-in-cheek suggestion that perhaps the American citizenry would be more outraged by genocide if it were marketed using the face of a floppy eared puppy. One of the usual explanations for this phenomenon is compassion fatigue: that the enormity of the problem and the subsequent feelings of helplessness lead to disengagement. That is certainly plausible explanation-one that is supported by social science research and common sense. However, I must say that in my response to my “Favorite Homeless Person” and his companions, I can see a more disturbing aspect of the empathy deficit problem. Here is the truth. My encounters with him were totally consistent with my preferred image of myself as politically progressive (unlike those “conservatives” who roll up their windows and looked away). Such “empathy” was easy because it fit into my deep structured narrative about myself as a person with a social conscience and an intentional spiritual practice. As the sole author of that narrative, I could determine who could be included in relationship and on what roles they might take. I could determine the definitions of deserving and non-deserving, good and bad.  In my own limited way, I could unquestioningly assume the right to control access to resources – both monetary and relational. The truth is that my interactions with my designated “Favorite Homeless Person” functioned to affirm the power-over narrative that gave shape and meaning to my preferred self-image. To perpetuate that narrative, I had to strip him and his companions of their context and complexity. How else could I force fit them into the roles that my power-over script required? Let me give an example. To this day, I do not know his name. He does not know mine. When I see him, I am likely to be greeted with something like: “Good Morning, Sunshine” or “Thank you, Doll Baby”, all stylized, somewhat ethnically familiar appellations. Typically, in the absence deep familiarity, I would have felt feel offended. My comfort with this easy repartee was not evidence of openness to friendship, nor loss of feminist consciousness. It occurred to me that my lack of indignation was more evidence of the power-over frame that has defined the interaction. In other words, his familiarity seemed harmless to me, because he was less “real”. Such a frame is the antithesis of empathy and the foundation of all oppression. It occurred to me that I would likely be more uncomfortable were he to ask for my real name. That would be evidence of authentic engagement – an invitation to acknowledge more of our shared humanity.

From a Relational Cultural perspective, empathy is more than a feeling. It is a multi-dimensional portal to expanded possibility. The process of empathy requires radical presence; it is that presence and awareness that generates movement out of image and ready-made scripts into real and respectful relationship. Respect is foundational to empathy. Without it, we are unable to open ourselves to the different-ness and the complexity we encounter in ourselves and in others. It is openness to difference that allows our relational frames, our deep structured narrative about power to shift. Otherwise, we put our own humanity and that of the “Other” at risk. Again, to paraphrase Bruce Wexler, the ultimate act of power-over is to force another person to inhabit your story line. My story-line was “I am someone who is nice to homeless people” – only later and reluctantly amended to include “if they make me feel comfortable.”

I would love to say that I came to this awareness all on my own – in some moment of spiritual-political epiphany. It didn’t happen that way. One day after being away for several weeks on vacation, I was again stuck at the intersection and saw him limping toward my car. I’m sure I tried to discreet as I looked around my car for a stray dollar or two. He caught me.  He said, “You don’t have to give me anything… this doesn’t cost you; I just want to say hello”. I’m sure I smiled and returned that greeting, probably sputtering out some inanities about weather and the Red Sox. The embarrassment that I felt driving away was a sure signal that he had confronted the cognitive frame – the power-over script into which I had fixed our relationship. By asserting his own subjectivity and choice, he confronted my objectifying frame and pushed me closer toward real presence.

I continue to drive into Cambridge nearly every day, and nearly every day he is at the intersection. We have not become and probably won’t become friends. What do offer each other is whatever we have available in a given moment: sometimes a brief wave, updates about our comings and goings, shared irritations (neither of us is a fan of inaccurate weather reports), or maybe just take care and have a good weekend. Sometimes money passes, sometimes not. In either case (but especially when it does not) I am aware of the vulnerability of allowing relational images to shift – of staying present to a more fluid imagination of who we are. Our encounters are less predictable now; I am less on automatic. To tell the truth, our near daily interactions are lot less comfortable, but decidedly more real.